Dangerous Spiders in BC 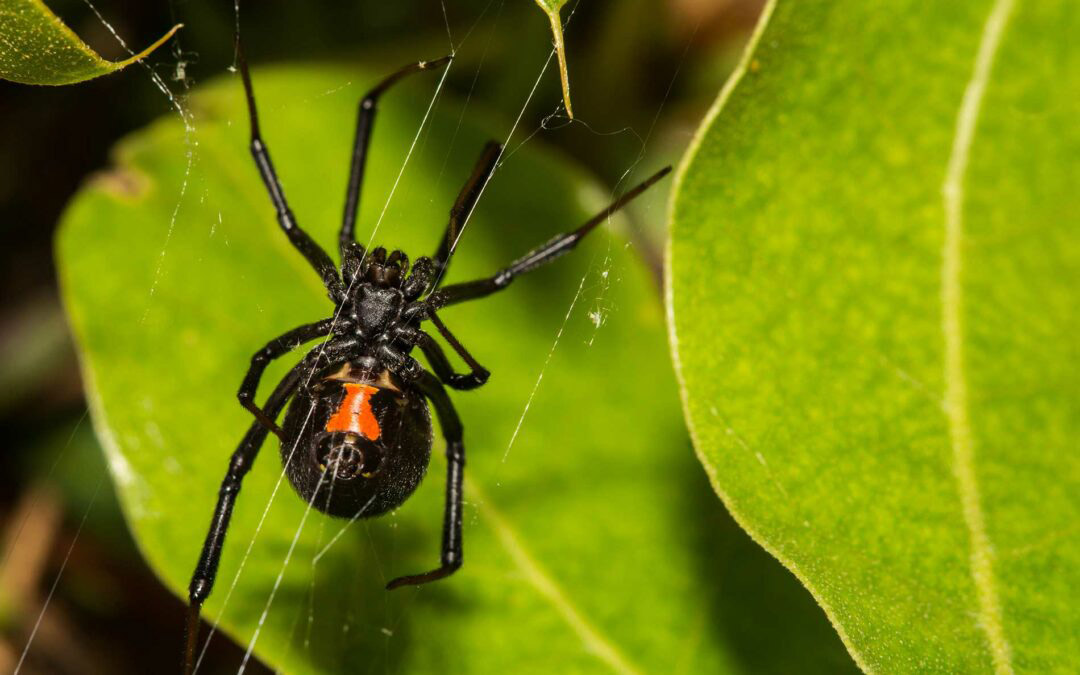 Of the approximately 890 species of spiders found in BC, only one is medically significant, the Western Black Widow. Did you know? As with all beneficial insects, spiders occupy a key role in the food chain as both prey and predator.
As predators, one spider may trap and eat as many as 2,000 insects a year, including disease carrying mosquitoes, ticks, stinging insects like wasps, and other spiders. The harmless daddy-longlegs we are all so familiar with, eats black widows and hobos, so it is beneficial not to kill them. In nature, spiders protect organic crops by consuming aphids, grasshoppers, caterpillars and other destructive pests that feed on fruit, seeds, and garden produce. In other words, spiders keep the ecosystem in check by regulating the spread of nonbeneficial insects. The other valuable role spiders play in the natural ecosystem is as prey for birds. So, if you want to get rid of spiders on that shade wall, put up some birdfeeders and monitor the results.

Although the Western Black Widow is medically significant, packing a toxic bite, this species is very reclusive. They are easy to identify, with a brilliant red hourglass against a black abdomen. Interestingly, most sightings of black widows are a mimic – the False Black Widow – and common throughout the province. Not to be underestimated, a false black widow bite is shortly followed by a burning sensation and pain. They are often discovered out in the open, on walls and in gardens. Western Black Widow bites are very rare, but their bite can cause serious reactions, including nausea, abdominal cramps, and dizziness. Medical attention is needed to counteract the neurotoxin of their bite.

Native to Europe, this species is now common in Southwest BC and was introduced (possibly) through imports in the Seattle area in the 1980’s then migrated north. They prefer humid, dark environments and spin funnel shaped webs for catching prey. Necrotic lesions may result from their bite, but their venom is quite mild. Bites can develop into an itchy wound with slight swelling, and if scratched, can become infected. Hobo spider bites are rare.

Yes, recluse spiders are dangerous, and have a negative reputation in urban media, but fortunately, this species ranges outside of BC’s borders (currently) although some insect species are migrating north due to climate change.

We permanently solve your pest problems, including spider and other insect infestations. Your home, be it a crawlspace, hedge, well structure, or xeriscape, may not have toxic spiders, but spider colonies, when out of control, are repellent and ruin the enjoyment of outdoor experience. Commercial property infested with spiders repels customers – definitely a problem business owners want to avoid. Call us if you need help to control spiders, or any pest.
Gilpins Pest Control provides you with a full pest control service, from elimination to exclusion. Call for a free quote if you’re ready to be insect and pest free.